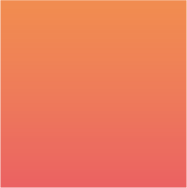 At the meeting, Senna Fernandes again highlighted the Special Administrative Region Government’s continuous efforts in petitioning for cross-border visits of Mainland tour groups to Macao. She indicated that an official reply has lately been received from the Ministry of Culture and Tourism of the People’s Republic of China. The reply pointed to the fact that owing to the requirements of the national mechanism on concerted prevention and control against the pandemic, the Country will not consider resuming cross-border group travel at this point. Nonetheless, the SAR Government will continue to work hard towards the goal.

Reporting on the latest tourism situation, MGTO stated that impacted by the COVID-19 pandemic, visitor arrivals to Macao had plunged since late January, amounting to about 4.02 million between January and September of 2020, a year-on-year decline of 86.7%. Following the reinstatement of travel permit issuance for all Mainland residents to Macao from 23 September, visitor arrivals has however resumed an ongoing upward trend. Macao registered an average daily record of about 19,000 visitor arrivals in October, up by 26% compared with that of September. As of mid-November, the average daily visitor arrivals of the month surpassed 20,600. The peak count of visitor arrivals even reached 25,444 on 6 November. Provided for MGTO by hotel establishments, provisional figures show that the average hotel occupancy rate reached 38.1% in October and ranged between 33% and 45% in the first week of November.

As the pandemic situation in Macao gradually stabilized, the SAR Government rolled out a variety of measures and schemes to revive tourism and other industries in parallel with the overall measures for economic recovery. In June, MGTO kicked off the tourism recovery plan in Macao including the “Macao Ready Go!” e-platform (5 June – 31 December) and “Macao Ready Go! Local Tours” project (22 June – 30 September), followed by the city’s scheme “to expand visitor source, revive the economy and secure employment opportunities” released on 1 September. MGTO has conducted an effectiveness evaluation on the e-platform and local tour project. The provisional findings revealed that the e-platform created considerable economic benefits and promotional effect, besides reaching a great level of satisfaction. The local tour project also garnered very positive feedback as shown in the completed stage-one evaluation. The office is currently conducting an extensive and in-depth study on the economic benefits brought by the “Macao Ready Go! Local Tours” project for the tourism and related sectors. In addition, the scheme “to expand visitor source, revive the economy and secure employment opportunities” is now carried out with the aim to attract visitations to Macao by promoting special offers of transport, hotel accommodation, dining and retail via online commercial platforms, to boost tourism expenditure, extend visitors’ length of stay and widen consumer chains, in turn spurring economic recovery. A total of 432,361 cash coupons (by 1 November) were distributed. Among them, 265,541 coupons equivalent to 4,136,690.00 RMB were cashed, which drove a transaction amount of 94,727,192.00 RMB (about 113,672,630.00 patacas) in a leverage ratio of 22.9.

MGTO Deputy Director Cheng Wai Tong pointed out that the “Macao Ready Go! Local Tours” project not only inspired industry operators to develop new products but also won the positive feedback of residents. He encouraged the travel trade to extend the results of local tours and seize the opportunity to open up a new industry trend in pushing forward tourism diversification.

MGTO stated that the Macao Tourism Industry Development Master Plan (“Master Plan”) was released in 2017 to propose eight key objectives and 91 short-, medium- and long-term action plans. According to provisional statistics, implementation of short-term action plans has exceeded the level of 80% by the first half of 2020. MGTO will begin a review of the Master Plan at the end of this year to deepen the content with timely adjustments and ensure that the major development goals and strategies are aligned with the latest tourism situation and trend to foster sustainable tourism development in Macao. With the transformations in the tourism environment, the review will be conducted with an analysis of the influence brought by the global tourism trend, COVID-19 pandemic as well as national tourism policies and planning upon Macao’s tourism development, among other factors. CDT’s opinions will be solicited during the review.

The comments of CDT members revolved around the following: expressing hope that the Government will continue to petition for cross-border visits of Mainland tour groups to Macao, higher frequency of travel permit issuance for Guangdong visitors to Macao, as well as resumption of online issuance of travel permits in the Mainland; highlighting Macao as a safe destination and the exemption of quarantine in Macao for visitors from low-risk regions in the Mainland, extending Mainland visitors’ length of stay especially those from beyond Guangdong Province, continuous offline promotion to create a greater buzz, promotion of wedding travel, further branding of Macao Tourism Mascot MAK MAK’s image and related product development, concern for development of Hong Kong-Macao and Hengqin-Macao travel, development of long-haul markets and relevant products, MICE, attracting visitors through a diversity of mega events, spotlighting monthly lineups of events to widen the promotional effect, etc. 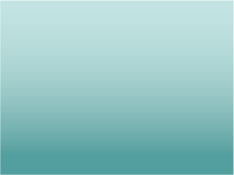